Join our exclusive group tour to Portugal and Spain on July 4th, 2017 and SAVE $250 CAD per person!  We have secured a special group offer for up to 16 people to enjoy this popular tour.

*Tour price is per passenger based on double occupancy and does not include airfare or insurance, and must be booked by Feb 28th, 2017.

Spain and Portugal—these are two countries with rich histories and distinct cultures, and on this Best of Spain & Portugal tour, you’ll see their highlights. In Spain, you’ll overnight in Madrid, Granada, Cordoba, Seville, and Salamanca. In Portugal, you’ll overnight in Lisbon and Oporto.

One of the tour highlights is a visit to Toledo, a town that attracts more visitors from around the world than any other Spanish town. In this old walled town, built on a hill, you’ll visit the 12th-century Church of St. Tome, which has one of El Greco’s most famous paintings. But you will be delighted by the included visit of the Alhambra complex, built in the 13th century by Moorish kings and today has one of the oldest decorative gardens in the Western World. In Avila—a UNESCO World Heritage city founded in the 11th century to protect the Spanish territories from the Moors—see the towers and walls and visit St. Theresa’s Convent, a Carmelite convent opened in 1636 on the birthplace of St. Teresa. In Portugal, visit the world-famous shrine in Fátima, dedicated to the Virgin Mary who appeared to three children here in 1917.

Enjoy sightseeing with a Local Guide in Toledo, Granada, Seville, Lisbon, Oporto, and Madrid. These experts in the cities’ histories and cultures will highlight the must-see sights, such as Seville’s Cathedral, the world’s third largest church; Lisbon’s Belem Tower, a UNESCO World Heritage Site built around 1514 to commemorate the expedition of Vasco de Gama and to defend the port of Lisbon; and Oporto’s cathedral, built between the 12th and 13th centuries in Romanesque style overlooking the port wine cellars on the banks of the Douro river.

All of this and more—including a visit with wine tasting to a local wine cellar in Montilla—await you on this fabulous Spain and Portugal tour designed for value-minded travelers. 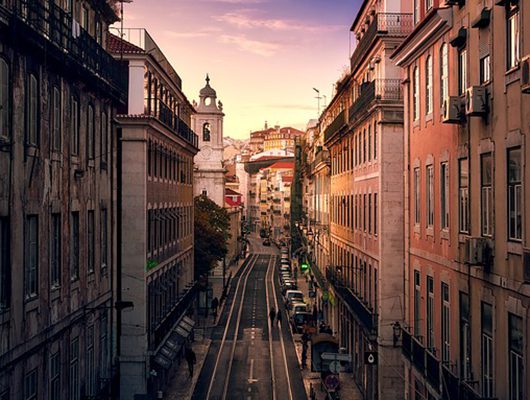 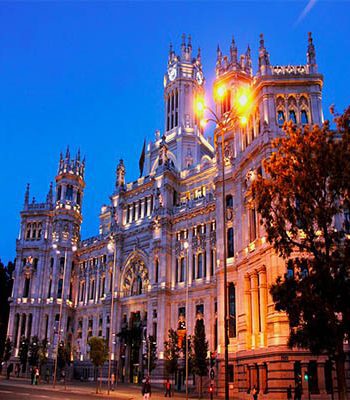 The following UNESCO World Heritage Sites can be seen or visited on this vacation:

Buffet breakfasts daily; 4 dinners, including a dinner at a local restaurant in Oporto. 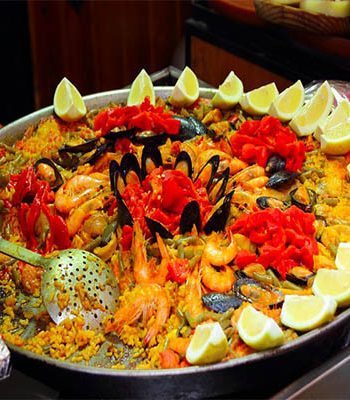 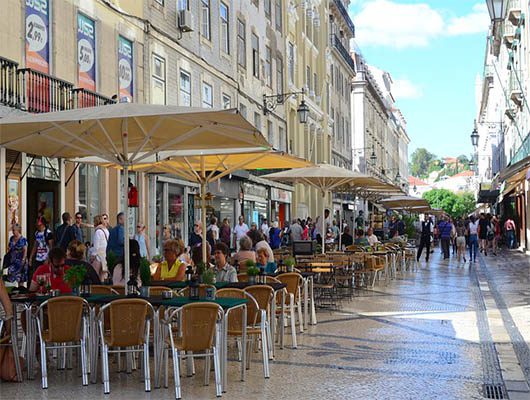 Inside visits and special features are shown in UPPERCASE in the tour description.

Check into your hotel. The rest of the day is for you to relax or start exploring Madrid. Tonight, meet your Tour Director and fellow travelers.  Dinner is included.

Drive south to Toledo. Spectacularly situated on a granite hill surrounded by a loop of the Tagus River, the ancient Castilian capital attracts more visitors from around the world than any other Spanish town. Visit the walled Old Town with a Local Guide and marvel at the 12th-century CHURCH OF ST. TOME, known for its large-format painting by El Greco of The Burial of the Count of Orgaz. Later, cross the Guadalquivir River and head for the olive and orange groves that dot the rolling Andalusian hills. Overnight in history-steeped Granada at the foot of the Sierra Nevada.  Breakfast & Dinner are included.

Granada was the Arabs’ most treasured city, and they still mourn its loss in their prayers. With a Local Guide, visit the ALHAMBRA COMPLEX, built by Moorish kings. More grand scenery this afternoon as you travel to Loja. Captured and held by the Moors, it was formerly known as Medina Lawsa until it was recaptured by the Christians in 1486 during the Reconquista. Explore this “flower among thorns” before reaching Montilla to visit a local WINE CELLAR and taste some of its wine. Then, continue to Cordoba on the banks of the Guadalquivir River.  Breakfast is included.

Visit Ecija, an ancient town in the Andalusian countryside. Then, drive through the stunningly scenic area of Pueblos Blancos—the “White-Washed Villages of Andalusia.” This picturesque region is famous for the deep El Tajo Gorge that literally cuts it in two, and is the birthplace of modern bullfighting. On to vibrant, festive Seville.  Breakfast & Dinner are included.

Get to know Seville on the included city tour. Capital of Andalusia and the cultural and financial center of southern Spain, colorful Seville has much to offer: the Cathedral of Seville, the third-largest church in the world after St. Peter’s in Rome and St. Paul’s in London; the beautiful La Giralda minaret tower, a symbol of Seville; the Real Alcázar palace with its extravagant architecture and opulent gardens; Plaza de España, used in the filming of Episodes I and II in the Star Wars trilogy; and so much more.  Breakfast is included. 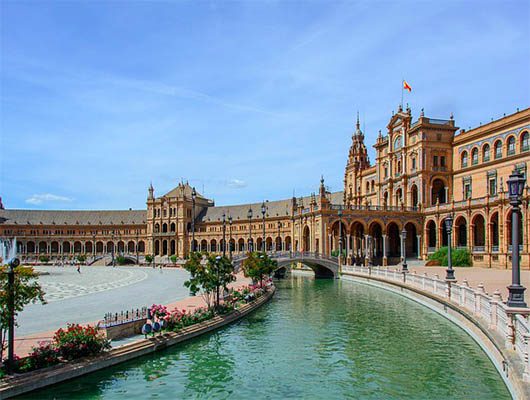 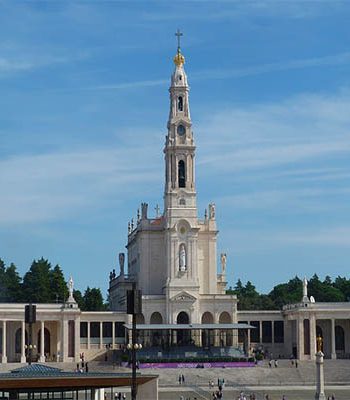 Enjoy the scenery of the Sierra de Aracena before crossing into Portugal and the fertile plains of the Alentejo. Admire the forest of cork trees and make a stop to visit Evora, a delightfully attractive Moorish city with arches, alleys, flower-decked balconies, brilliant white houses, and the Temple of Diana. Continue to Lisbon.  Breakfast is included.

Henry the Navigator made Lisbon the 15th-century “Mistress of the Seas.” You’ll see his monument, the Belem Tower, the Moorish Citadel, the impressive Black Horse Square, and other highlights on the guided sightseeing tour. Spend the afternoon at leisure in the Alfama’s tile-decorated streets, or take an optional excursion along the Estoril Coast to Cascais and Sintra.  Breakfast is included.

Stop in Fátima to visit its world-famous SHRINE, dedicated to the Virgin Mary. Continue to Coimbra, known for its university, one of the oldest in Europe, and to Oporto on the northern bank of the Douro River. For the perfect way to round out your day, why not join an optional Douro River cruise and dinner?  Breakfast is included.

Discover Oporto’s highlights on the guided city tour. See its historical cathedral, overlooking the Port wine cellars along the banks of the Douro River. This afternoon, maybe join an optional excursion to Guimarães, considered the “cradle” of Portugal and a UNESCO World Heritage Site. Tonight, enjoy the included dinner at a local restaurant.  Breakfast &  Dinner are included.

Enjoy the profusion of woodlands and mountains on your return to Spain via the scenic Douro Valley. Reach the ancient and beautiful university town of Salamanca in the early evening and maybe take a stroll in the Plaza Mayor.  Breakfast is included. 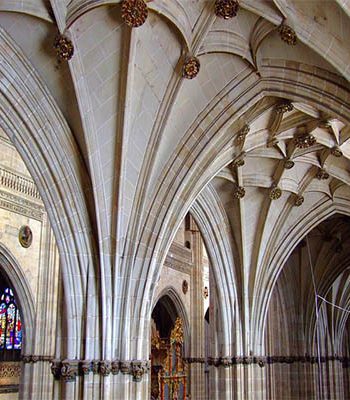 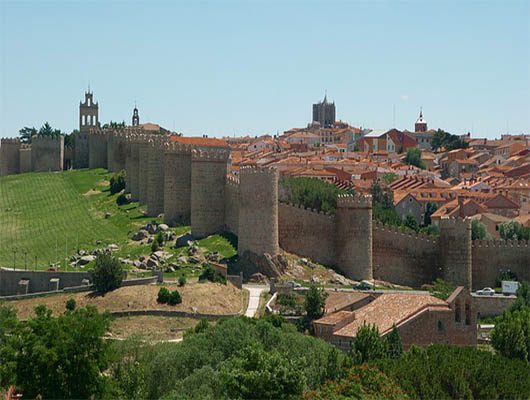 Journey to fortified Avila with its many towers and visit ST. THERESA’S CONVENT before continuing to Segovia, a medieval town picturesquely set on a rocky hill. Spend some time in Segovia before crossing the boundary between new and old Castile to arrive in Madrid.  Breakfast is included.

Not only is it the capital of Spain, but because it is situated 2,180 feet above sea level, the Spaniards say Madrid is the nearest thing to Heaven. The day is dedicated to discover Madrid’s main highlights on the included guided city tour.  Breakfast is included.

Your vacation ends with breakfast this morning.  Breakfast is included. 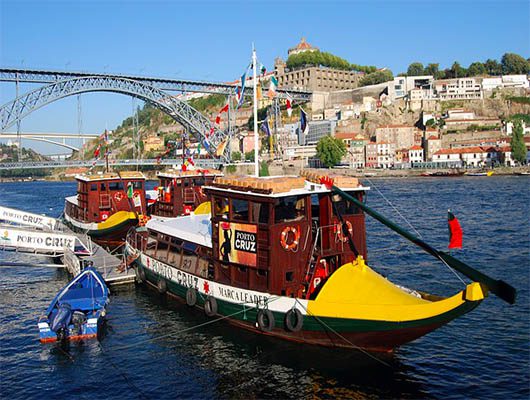 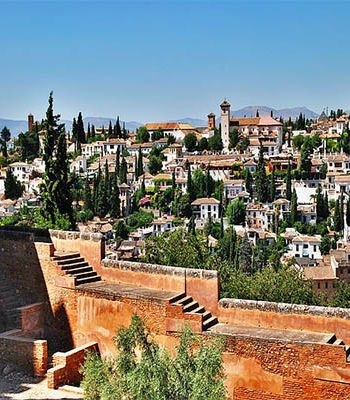 With Cosmos, there’s no better way to get to know your destination than through the eyes of your Tour Director. Averaging over a decade… we’d like you to meet a Tour Director, who is representative of the type of expert that will be with you on your vacation.

“I’m Angel and I´m here, waiting to meet you and introduce you to incredible Iberia! Just remember to clear your senses before you come, because my plan is to fill them back up with enticing flavors, smells, sounds, and sights from the beautiful countries of Spain, Portugal, and Morocco!” 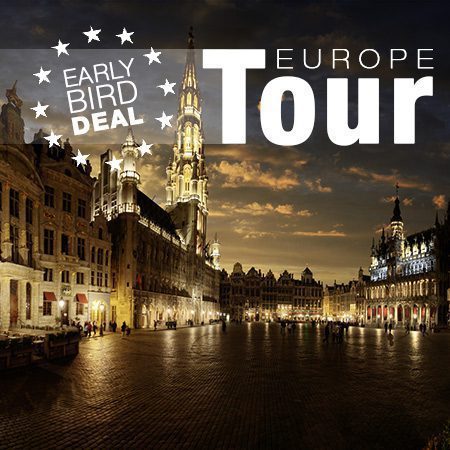 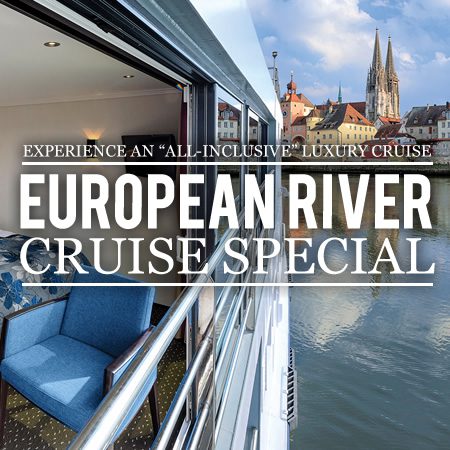 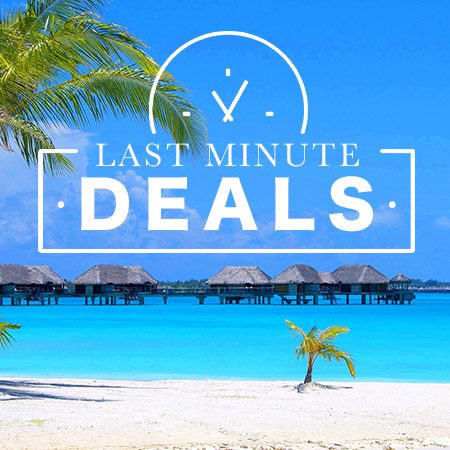