All of our India tours include a chauffeur driven vehicle, superior accommodation, some meals,  and a local guide. We offer 3, 4 and 5 star accommodation and compact, luxury and SUV vehicles. All tours can be customized to your specific preferences.  Please call for pricing and availability.

Arrive Delhi and meet the representative at the arrival hall and transfer to hotel. In the afternoon proceed on a tour of New Delhi, visit the Rashtrapati Bhawan, the one-time imperial residence of the British viceroys; the India Gate, a memorial raised in honour of the Indian soldiers martyred during the Afghan war; the Laxminarayan Temple, built by the Birlas, one of India’s leading industrial families; Qutab Minar, built by Qutub-ud-din Aibek of the Slave Dynasty; and the lotus-shaped Baha’i Temple. 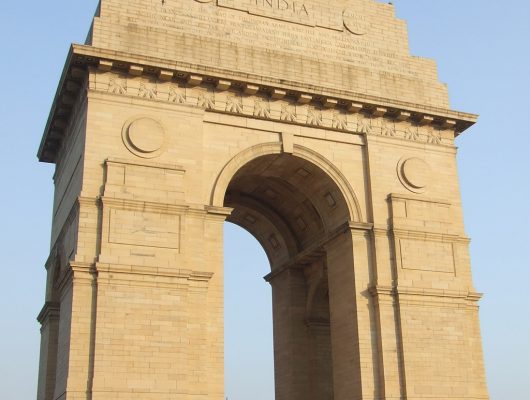 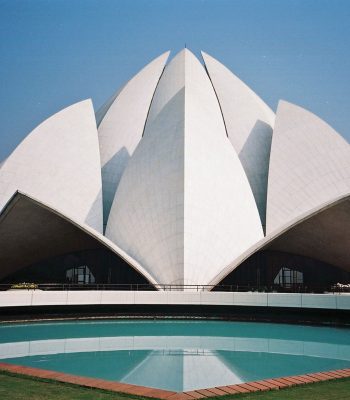 Morning drive to Rishikesh – an important point for beginning trips to Himalayan shrines Yamunotri, Gangotri, Kedarnath and Badrinath. Arrive Rishikesh and check – in at hotel. Aftrnoon sightseeing tour of Rishikesh includes Bharat Mandir the oldest temple; Nilkanth Mahadev believed to be the place where Lord Shiva drank the poison churned out of the cosmic ocean; Raghunath Mandir and Triveni Ghat.

Day return excursion to Haridwar. Visit Har-Ki-Pauri, the sacred ghat constructed by King Vikramaditya in the memory of his brother Bhartrihari. The temple of Chandi Devi atop the Neel Parvat on the other bank of river Ganges. 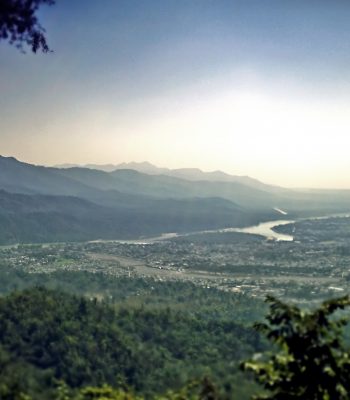 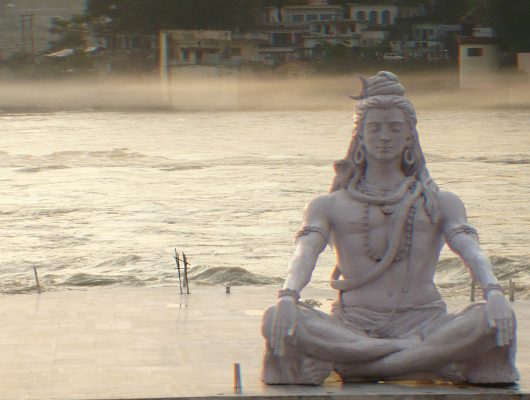 Morning drive to Chandigarh. Arrive Chandigarh and check – in at hotel. The capital of two states, Punjab & Haryana, Chandigarh is independent India’s most modern and well-planned city, designed by Le Corbusier. 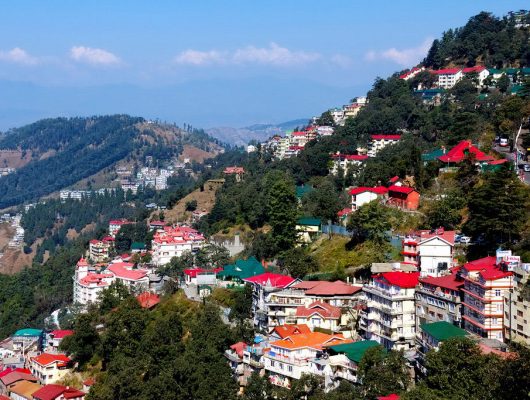 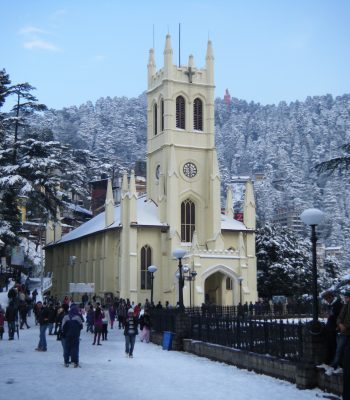 Morning sightseeing tour of Shimla including The Mall – Shimla’s principal promenade and best for a leisurely walk. Jakhoo Hill is the highest point in Shimla and offers a panoramic view of the city. Glen forest is one of the most fascinating picnic spots in Shimla. Summer Hill has pleasant shady walks in quite surroundings. Chadwick Falls are situated amidst thick forest and gives a breathtaking view. Prospect Hill is a popular picnic spot that gives some beautiful views of the region.

Morning drive to Manali. Arrive Manali and check – in at hotel. Set amidst forests of towering cedars, circled by snowy peaks and the unending roar of the Beas as a constant companion, Manali offers unparalleled opportunities for trekking, nature walks, angling and other winter sports.

Morning sightseeing tour of Manali including the legendary Hadimba Devi Temple and the picturesque Tibetan Monastery. Go a little bit away from the town, and you come across the legendary Arjun Gufa, the historically famous village Jagatsukh, the serene Nehru Kund, the picturesque landscapes of Kothi and Solang Valley, besides the 9,000-foot-high Rehalla Falls.

Morning drive to Dharamshala. Arrive Dharamshala and check – in at hotel. Set against the backdrop of the dramatic Dhauladhar mountains, Dharamsala is perched on the high slopes in the upper reaches of Kangra Valley. It is a charming town with elegant bungalows nestling in thick conifer forests. 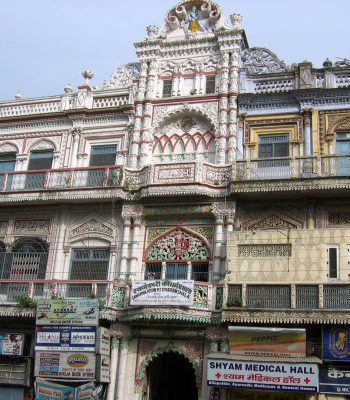 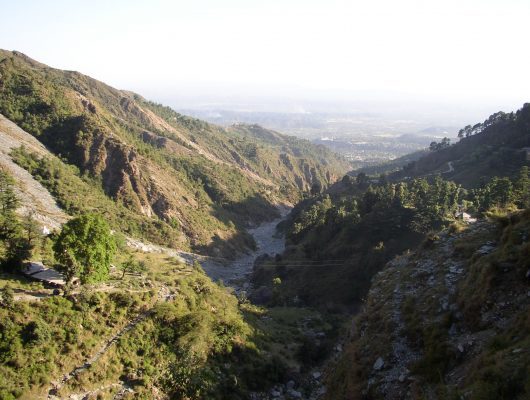 Morning sightseeing tour of Dharamshala including various monasteries and Mcleodganj often called Little Lhasa and the residence of the Dalai Lama, which has been here for over three decades. The monastery has larger-than-life images of the Buddha, Padmasambhava and Avalokteshwara. Also visit ST. JOHN’S, the charming dressed stone church in the wilderness.

Morning drive to Dalhousie. Arrive Dalhousie and check – in at hotel. The hill station of Dalhousie is named after a former British governor-general, and is full of old world charm and exudes a lingering aura of colonial times.

Day free for independent activities or to see the local attractions.

Morning drive to Amritsar. Arrive Amritsar and check – in at hotel. The city is famous for its Golden Temple. 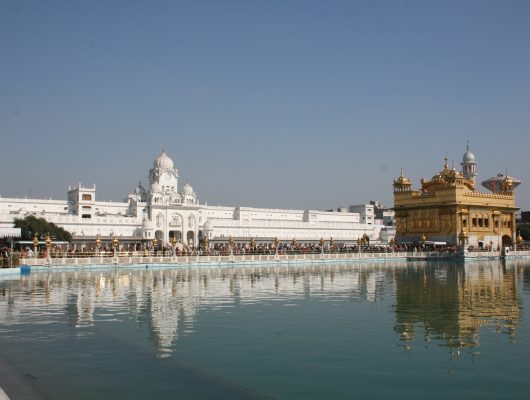 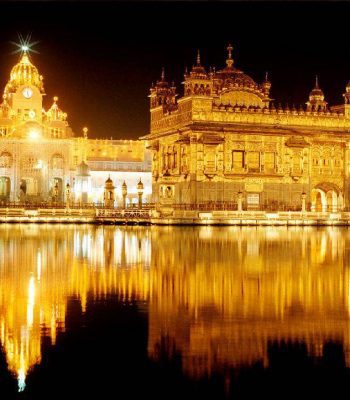 Morning city tour of Amritsar visiting the famous Golden Temple, a glittering gold and marble temple which is one of the holiest Sikh shrines. Durgiana Mandir is a temple with a golden dome and silver doors; Jalianwala Bagh has a memorial built in memory of unarmed victims massacred b the British. In time transfer to Railway Station to board train for Delhi. Arrive Delhi.

*Prices are based on twin sharing & include daily breakfast at the hotels, services of an English speaking local guide for sightseeing tours as per the itinerary, 02 bottles per person per day of mineral water, all prevailing taxes ie// luxury tax in all hotels and expenditure tax wherever applicable, all transfers to or from hotels, city tours, excursions, drives by air conditioned car, mandatory Government Service Tax as applicable , interstate road tax, toll tax, driver’s allowance, parking etc. 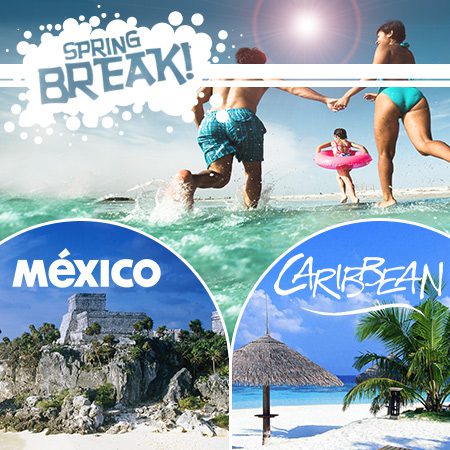 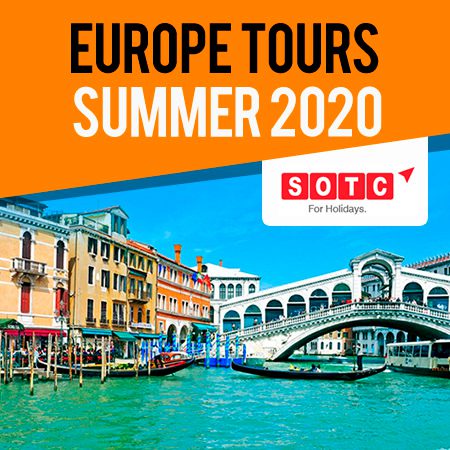 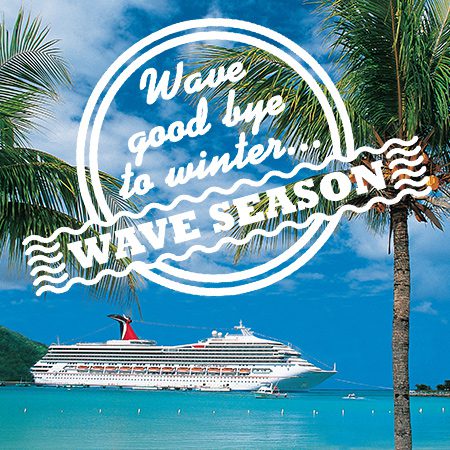